Matija Glišić, student of the prestigious Paris University: I want to return and work in Serbia 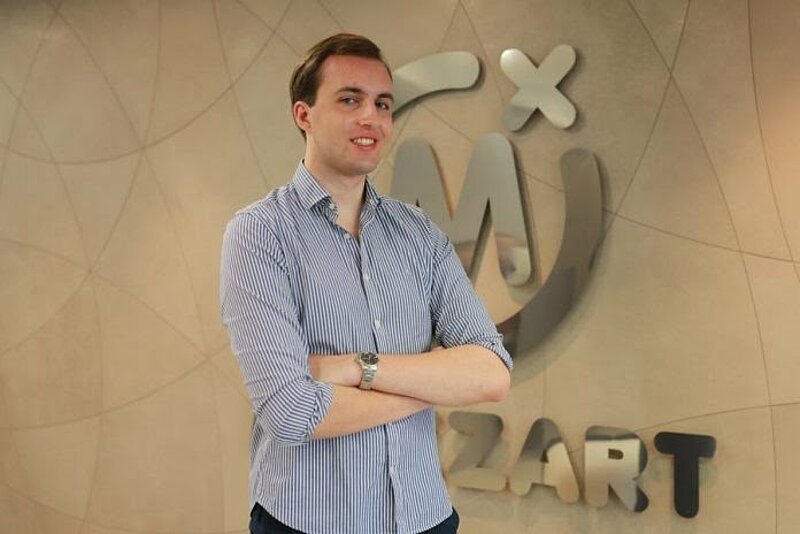 A young genius from Belgrade, who studies mathematics, economics and informatics at the elite French college École Polytechnique, with the support of Mozzart managed to make his dreams come true and continue his education. Studying at the École Polytechnique in Paris is an incomparable experience in relation to any other university in France and provides a unique opportunity to acquire knowledge in the fields of mathematics, economics and informatics. At this faculty, I can learn more about my interests and live in an international environment with some of the greatest European experts in their fields, something I had dreamed of since I was a child. Unfortunately, this opportunity is often unattainable for someone from our country, partly due to different application criteria than at our faculties, and partly due to the high price of tuition fees. Even after the invitation to study from the École Polytechnique, it was uncertain whether my dream would come true. I sent emails to companies from the finance, insurance, engineering and technology sectors, asking for any connection between their future studies and their companies. Only few of all the companies from Serbia and Great Britain that I tried to get in touch with answered to my e-mails, so I slowly began to lose hope. Then I received a response from Mozzart.

After so many letters to which I did not receive any replies, the invitation to the scholarship interview from Mozzart was fantastic indeed. Amid the crisis and uncertainty caused by the corona virus, the support and generosity of that company helped me secure my further education. I am grateful to Mozzart that, despite the blow of COVID-19 on their business in Serbia, they kept their promise. With the given scholarships and their numerous humanitarian activities, they deserve the status of one of the few truly socially responsible companies in Serbia.

This is just the beginning of the story of a young genius from Belgrade, Matija Glišić, who, judging by the potential and previous results of this modest young man, has a bright future ahead of him.

It is not an uncommon case that we, as a society, do not pay enough attention to talented young people who are our pride in the world, but fortunately, the best among them know that this must not discourage them and prompt them to give up their goals.

During my high school education, as a student at the First Belgrade Gymnasium and King William’s College on the Isle of Man, I had a unique opportunity to experience both the English and Serbian education systems. The biggest difference and one of the reasons why I applied for school in the UK is the ability to focus on personal interests by choosing a subject in high school. The advantage of this system is in the first place that it has enabled me to dedicate myself to mathematics and economics, sciences that I plan to pursue in the future. On the other hand, the versatility of education in Serbia has allowed me to develop a broader interest, begins his story 6.9

Although the social sciences are not a field in which Matija sees himself in the future, this successful and versatile young man points out that he considers knowledge from various fields to be as important as his commitment to his exclusively academic interests. A head of the Debate Club, teaching math and physics classes to younger students who need help, learning foreign languages ​​and playing sports are just some of the items in the biography which can be praised. He says that he achieved everything by sticking to a very precise schedule, which he considers a personal recipe for success.

I have been participating in mathematics and language competitions since primary school, but I would like to single out the British National Mathematics Olympics, when, despite the fear, self-confidence gained with knowledge and good preparation prevailed, and I had great pleasure to win two gold medals. I have been in love with mathematics since I was a child, but my interests have expanded to statistics, analytics, economics… That is why I was overjoyed with the opportunity to continue my education at the French École Polytechnique, which is one of the most respected universities in France.

With a smile of satisfaction, he states that sometimes difficult circumstances and uncertainty are an opportunity to shine even more. The opportunity to meet the strongest part of yourself which struggles and does not give up and which believes that there are socially responsible companies which know how to recognize your potential and that you are ready for great deeds. Mozzart's support and generosity helped him secure funding for his further education, and this ambitious young man adds that he is surprised by the amount of maths needed daily to calculate odds to predict the outcome of sporting events, which makes him look forward to the practice at Mozzart next summer.

He does not look too much at the numerous achievements behind him, but thinks about what he will reach. He wants to obtain a master's degree abroad after completing his studies, after which he wishes to return to Serbia, where he would apply the acquired knowledge.